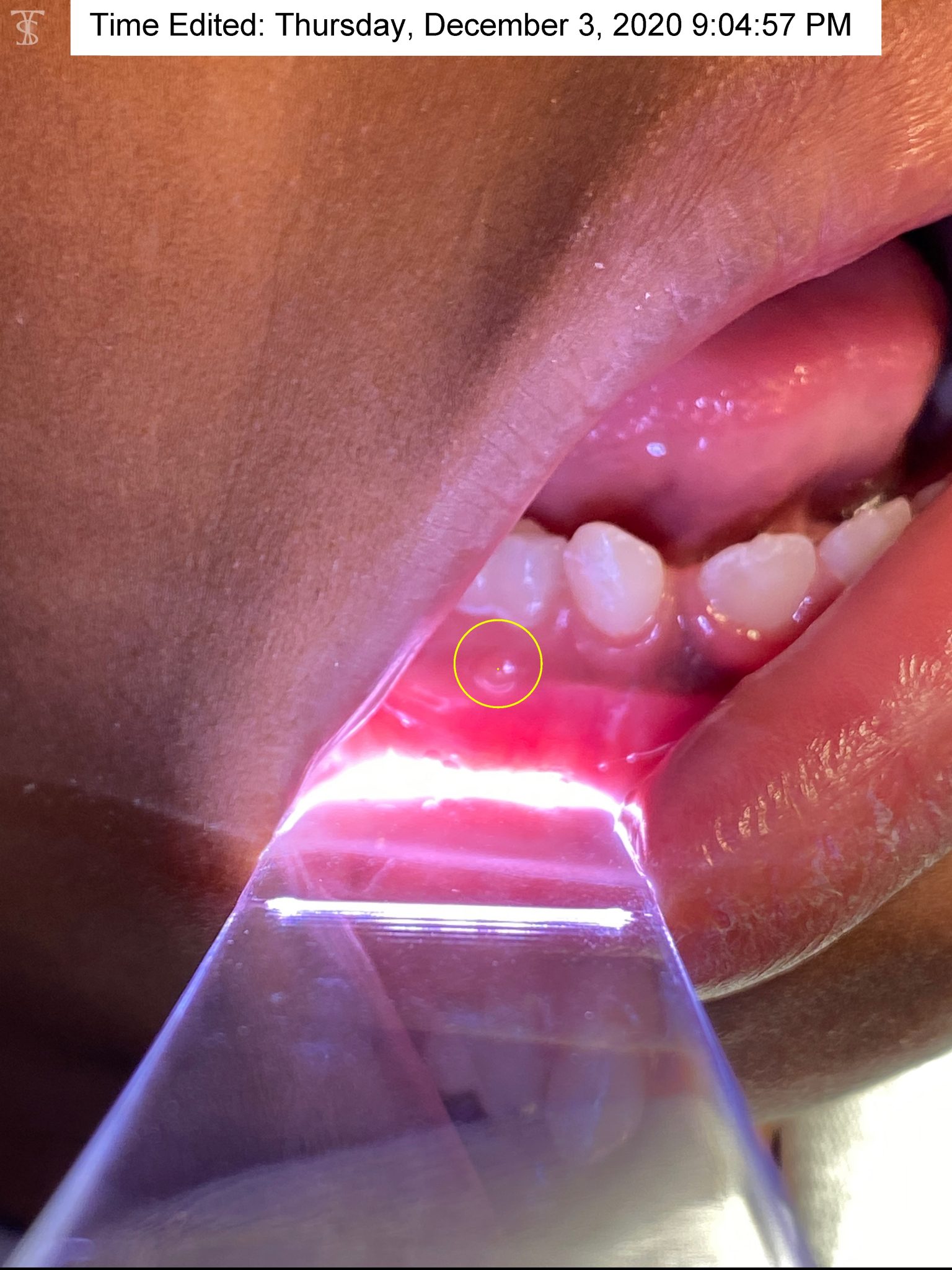 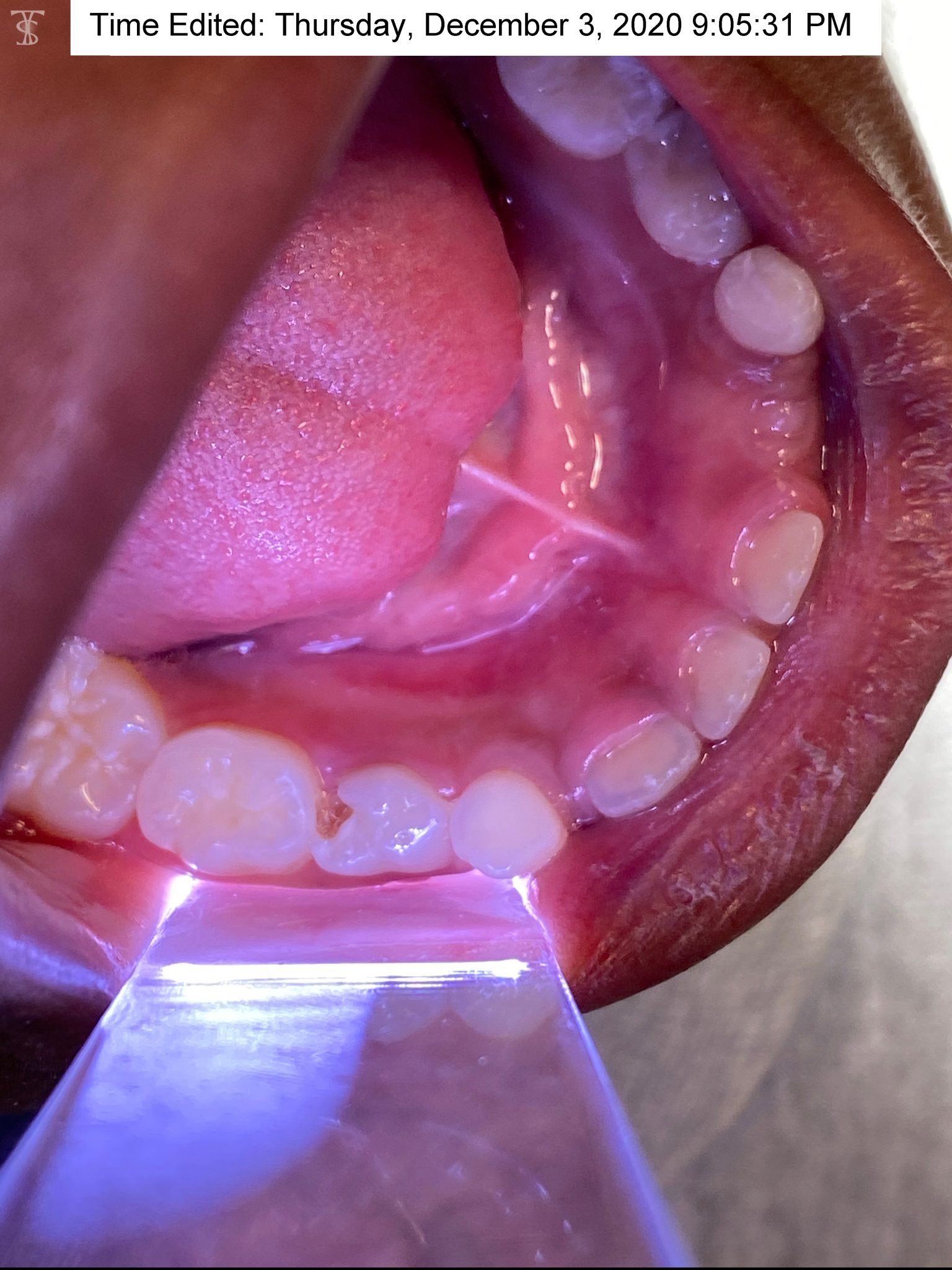 Chipped Tooth as a Sign of a Cavity – by Dr. Richard Simpson, DMD​

A 6-year-old male reported to the dental office with his mother, who stated she noticed “a chipped tooth”. There was no current pain reported. However, after questioning, it was confirmed that the patient had experienced oral pain for “a few days” several weeks earlier, but it went away.

Clinical exam and an x-ray confirmed the patient had a large cavity (dental caries) in the lower right first primary molar. The second photograph, marked using the TelScope App, shows a fistula that developed as a result of a previous tooth abscess. This allowed the infection to eventually drain, which resolved the patient’s original pain. The nerve of the tooth is no longer vital (alive). This is a non-urgent diagnosis, but treatment is indicated. The treatment consists of extraction of the primary tooth, as well as a recommendation for a space maintainer to be placed on the second molar to hold eruption space for the replacement tooth, which usually emerges at age ten to eleven. Failure to remove the tooth could lead to multiple complications to include further fracturing of the tooth, space loss, shifting of teeth, recurrence of the infection, or damage to the underlying permanent tooth.

Tooth decay can be categorized by the type of tooth surface and the location on the tooth in which it develops. This cavity developed between the teeth and was originally much smaller. An x-ray taken at a routine dental exam can identify this type of cavity before it is visible in the mouth. Early diagnosis is important, because dental decay in primary teeth (“baby teeth”) typically increases in size four to six times faster than in permanent teeth. 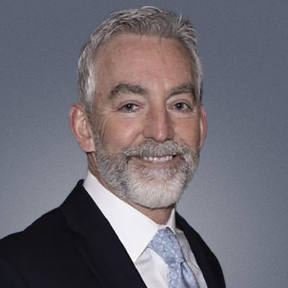 Dr. Richard is a board certified pediatric dentist in private practice.

• Diplomate in the American Board of Pediatric Dentistry

• Fellow in the American College of Dentists

• Fellow in the International College of Dentists

• Fellow in the American Academy of Pediatric Dentistry

• Advisory Board Member of The TeleDentists

• Advisory Board Member of Holland Healthcare